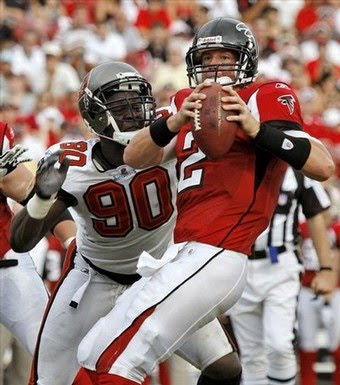 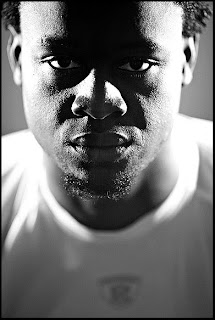 It's always sad to lose someone, whether it's in sports or life in general. The recent death of Chicago Bears defensive end Gaines Adams, 26, falls along those lines for me.

The former defensive end, who was struggling in the NFL, died of cardiac arrest in South Carolina on Sunday. I think that was his hometown. He reportedly had an enlarged heart, which is said to be a common thing among bigger athletes. Pro basketball player Eddie Curry suffers from the same thing.

I'm definitely shocked and saddened by the loss. I haven't talked to him in about two years. I still have his number in my phone from an interview I did with him while he was at Tampa Bay, where he was drafted with the fourth overall pick in the 2007 NFL Draft. But I was actually thinking about calling him after he was traded to the Bears for a second round pick. I wanted to know if he was more motivated to do well in Chicago after a sub par start to his pro career. I never called.

I still say that Adams was one of two defensive linemen that I witnessed win a game. I'll never forget a game against Wake Forest where Clemson was down by 14 points in the fourth quarter and Adams started an amazing comeback after blocking a punt and then returning it all the way to the house for the score. Clemson went on to win that game 27-17 in 2006.

"Two years in a row, playing in this stadium, it brings us trouble," Gaines said to me after that game. "Everything was going their way in the first half. Part of the second half, but we just kept fighting."

The battle with his heart was seemingly a fight that Gaines couldn't win by himself. My heart goes out to his family, teammates and friends for the loss.
Posted by Anthony "Thrill" Hill at 8:21 AM No comments: